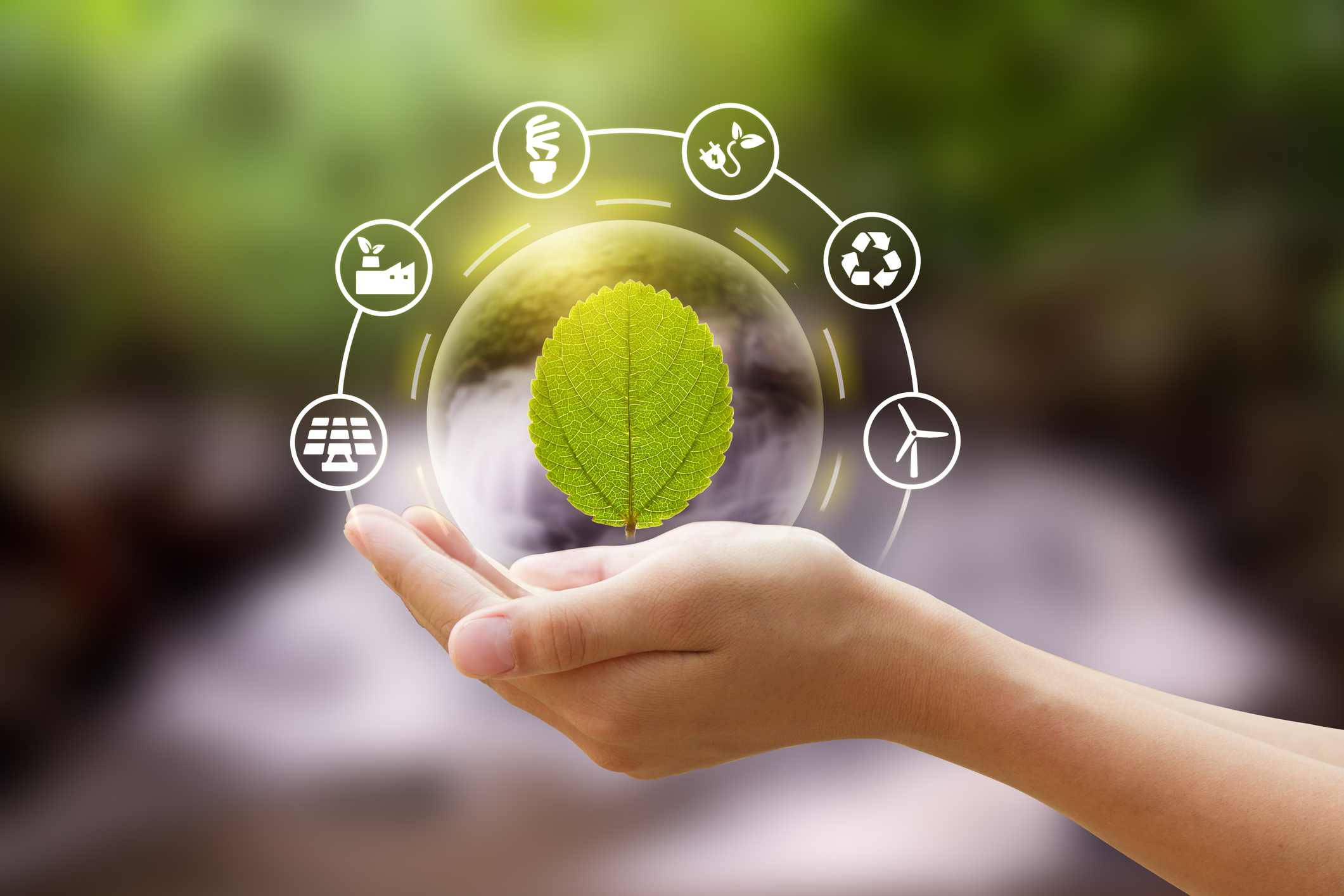 A panel of expert venture capitalists and entrepreneurs in the field of energy businesses discussed the state of the industry in 2021 as part of Polsky’s Entrepreneurial Outlook series. (Image credit: iStock.com/piyaset)

The Polsky Center for Entrepreneurship and Innovation kicked off its 2021 Entrepreneurial Outlook series with a session examining the state and potential of sustainable energy.

John Carlisle, PhD, director, Chain Reaction Innovations, Argonne National Laboratory, moderated the discussion, which he noted was timely given recent news and current events. “You only have to look at the headlines from the last few days to understand how important this discussion is,” he said, “this is the critical decade to address climate change.”

As Carlisle said, it is going to take “a portfolio of things” to address this issue, though he said the Midwest, and Chicago in particular, is poised to take a leadership position in the world on this topic.

“We all realize you don’t just buy a bunch of solar panels and windmills and poof you’re done – there’s more basic research that needs to be done, more investment that needs to be done, smartly, and in between that you have the chasm of doing it right,” said Carlisle, adding that the Department of Energy’s Lab-Embedded Entrepreneurship Programs (LEEP) are important efforts in moving the work forward. As part of this, the Polsky Center recently announced a partnership with two of these programs for which it will be providing additional support for early-stage clean energy startups.

But what is sustainable energy?

Panelist Seyi Fabode, MBA ’10, CEO and cofounder, Varuna Tech, defined sustainable energy as “Consciously utilizing of our resources in the present day with an eye for the impact it will have on future generations – not just using it wisely, but setting it up such that the future state is a resilient one.”

Seth Darling, PhD ’02, a UChicago Pritzker School of Engineering Fellow, and director of the center for molecular engineering and senior scientist, chemical sciences, and engineering division, at Argonne National Laboratory, described it as “Meeting the needs the needs of the present without compromising the needs of future generations.”

This has various social, economic, and environmental aspects (people, profits, and planet) – and while the economics in renewables used to be a limiting factor previously, they have changed dramatically.

Today, however, Darling’s worries have shifted to what new limitations exist. “Something I don’t hear talked about very much in the commercial sector is the critical material challenges with these renewable technologies, and even more so, the concept of energy payback time-limited scale-up especially in solar photovoltaics,” he explained.

According to Darling, there are major resource limitation challenges related to the rare elements required for making certain renewable energy solutions. What is not well understood, he said, is that the silicon used to make high-efficiency solar panels requires rare elements – and the process involves a huge amount of energy.

“We need to invest and continue to invest in alternate solar technologies that require less energy to make and that have a faster energy payback time,” Darling said. While this currently isn’t limiting the market, if solar is going to ramp up fast enough to meet its needs, manufacturing silicon photovoltaics won’t be able to keep pace.

Pushing this need to take action is today coming largely from consumers and the transparency they are calling for from industry. “If Amazon didn’t think the average customer is starting to care a little bit more, it wouldn’t be plowing the money they’re plowing into their sustainability efforts,” noted Fabode.

However, Fabode’s fear is that this energy is being driven by what has been “a crazy year,” with wildfires in January 2020 “absolutely” making people pay attention. “Everyone is clamoring to get back to normal,” he said. “I hope when we do get back to normal we don’t just revert back to the status quo.”

Energy and water are “intimately interwoven” with each other, said Darling, whose current research is focused primarily on advanced materials for applications in cleaning water. He also is the co-inventor of a precision materials synthesis method called sequential infiltration synthesis (SIS), which has been applied in materials for water treatment, among other applications.

In the context of climate, Amy Francetic, managing director, Buoyant Ventures, explained that there is both too much water and not enough of it – with parts of the world suffering from devastating floods and long droughts.

“It’s affecting different countries around the world in different ways, but the projection in the number of the population globally that will be living during drought for ¾ of the year is astounding. On the other hand, you have many locations where flooding is such a big risk,” she said.

“Climate change is this conundrum where you have too much water, not enough water – and it also impacts not just property values, but people’s way of life, geopolitical stress that’s happening around the world, and also how we are going to feed people – we need water for food and to fuel agriculture,” Francetic added.

“Until there is a proper price on the product you can’t expect the market to respond properly and deliver the innovation that’s needed,” explained Darling, adding that there is a long way to go until the market will be healthy from an economic standpoint.

“It blows my mind how much time and energy we spend on the other sectors of the industry without critically assessing the centrality of water to everything we do,” added Fabode. “There’s so much opportunity even at the base level to really have an impact in this space.”

The virtual event, part of series of Entrepreneurial Outlooks, was presented in partnership with the Energy Policy Institute at the University of Chicago (EPIC) and made possible with support from Loeb and Loeb.

Article by Melissa Fassbender, assistant director of external relations and science communications at the Polsky Center. Melissa is a former journalist and has held the role of editor at various global publications in the drug development, clinical trials, and design engineering space. Reach Melissa via email or on Twitter at @melfass.